Frontenac Park is located on the southern edge of the Canadian Shield and at just under 2 hours drive from Ottawa is ideal for day trip hikes. Anyone wanting to spend longer exploring the park can find accommodation close by at wonderful places like the Cove Country Inn at Westport. The park contains 22 lakes (and many more smaller ponds) and over 100km of hiking trails.

The Ottawa Rambling Club recently spent some time exploring trails in the northern end of the park and this is what we found:

We took the long, winding Devil’s Lake Rd. (unpaved) from Westport to Kingsford Dam. It used to be that there was limited parking at the dam but in recent years a small parking lot has been constructed with ample room for a dozen cars. From the parking lot we walked another 100m along the road to arrive at the dam at the northern end of Kingsford Lake. There a wooden footbridge leads across to the start of the trail system. 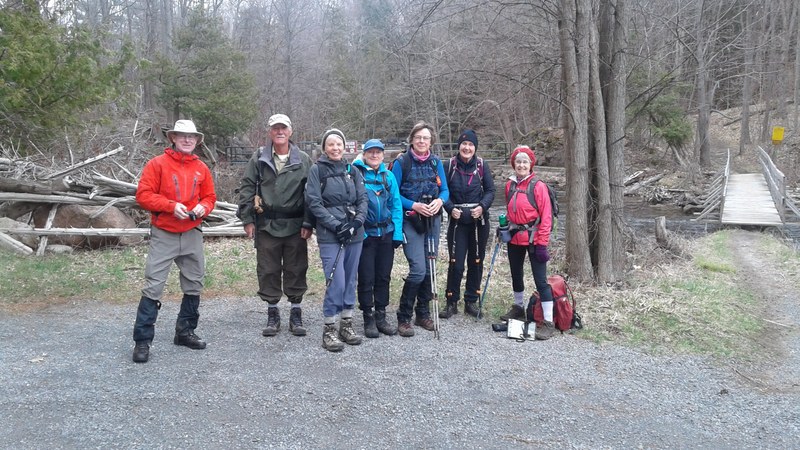 Just About to Head Out

Our planned route was to take the 10km Tetsmine Lake loop with an option to add an extra 5km around the Hemlock Lake loop. To get to Tetsmine Lake loop we first had to hike about 750m along an access trail. This took us past a campsite cluster on the shores of Kingsford Lake. This was just one of the several camping areas in the park. The campsites can be accessed by backpacking along the trails or, in some cases, by canoe. We decided to hike counter-clockwise around the first loop and this took us through lovely open hardwood forest. At the southern end of the loop we came to the head of Moulton Gorge and climbed a bluff to a viewpoint that gave us a fine view of a tumbling waterfall. 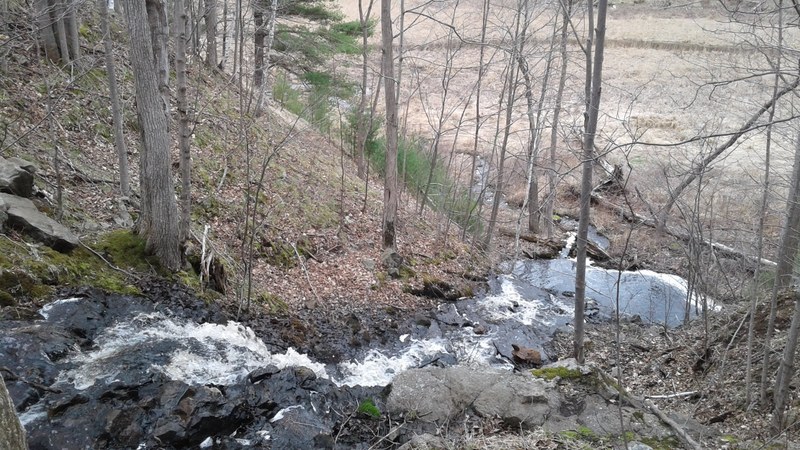 The trail was extremely well waymarked and boardwalks or bridges were provided for marshy areas and stream crossings. The topography of Frontenac Park is quite interesting with many rocky ridges separating narrow bodies of water. Often the trail would take us up and over these ridges but sometimes it would follow a ridge line with valleys on both sides. 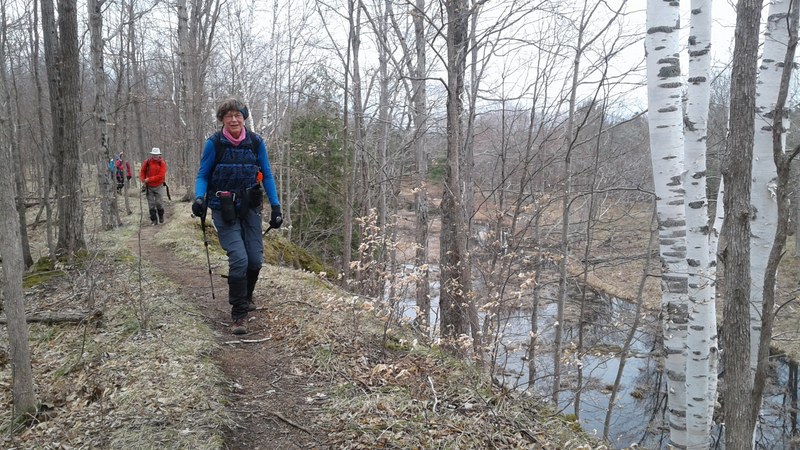 At noon we arrived at the eastern end of the loop. This seemed like a convenient time and place for lunch and then after a brief stop (since it was a relatively cool day) we split into two groups with some of us electing to turn on to the Hemlock Lake loop while others carried on around Tetsmine Lake loop for a more direct return to the cars. The Hemlock Lake loop trail was fairly flat, just gentle inclines and declines, and took us past several more small lakes before we finally arrived at the north shore of Hemlock Lake where we saw a lot of recent beaver activity. They had been taking down some quite large trees, perhaps in preparation for spring renovations of dams and lodges? 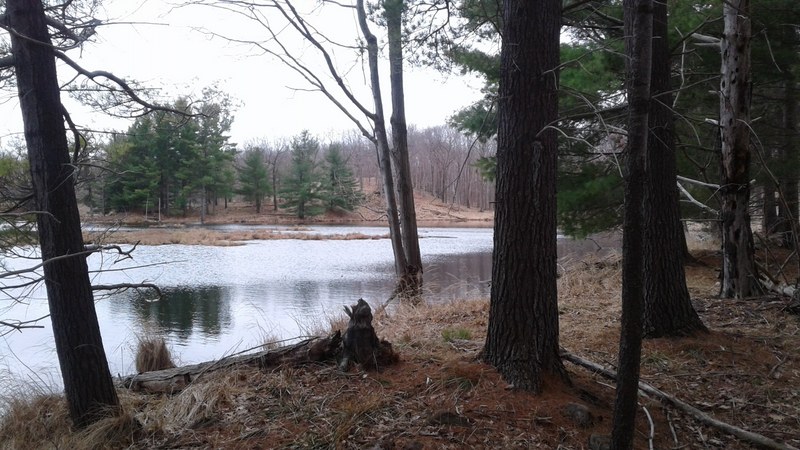 The Hemlock Lake loop now completed we re-joined the Tetsmine Lake loop, passing an interesting old mica mine before finally making our way back to the Kingsford dam and our cars. Fortunately for us the predicted morning showers had failed to materialize. Surprisingly, considering the time of year, the trails were mainly dry. 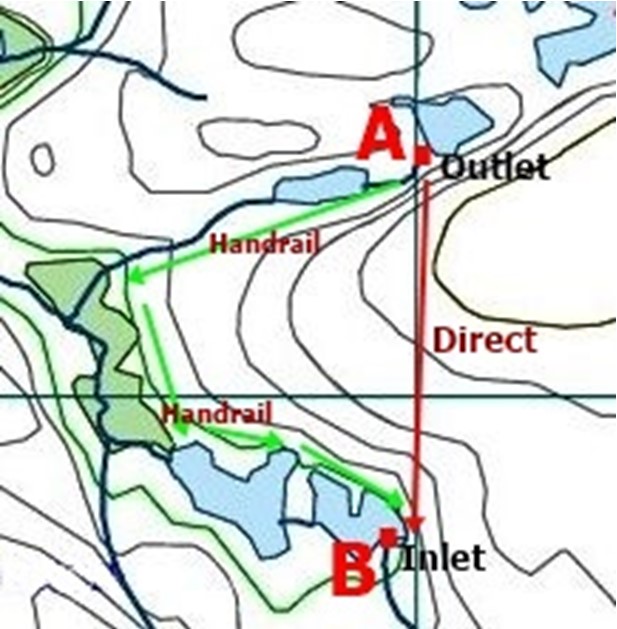 Part of the Ottawa Rambling Club's leader training program is provisioning members with the skills they need to competently navigate off-trail. While working with a couple doing just that as they prep...

Frontenac Park is located on the southern edge of the Canadian Shield and at just under 2 hours drive from Ottawa is ideal for day trip hikes. Anyone wanting to spend longer exploring the park can fin...